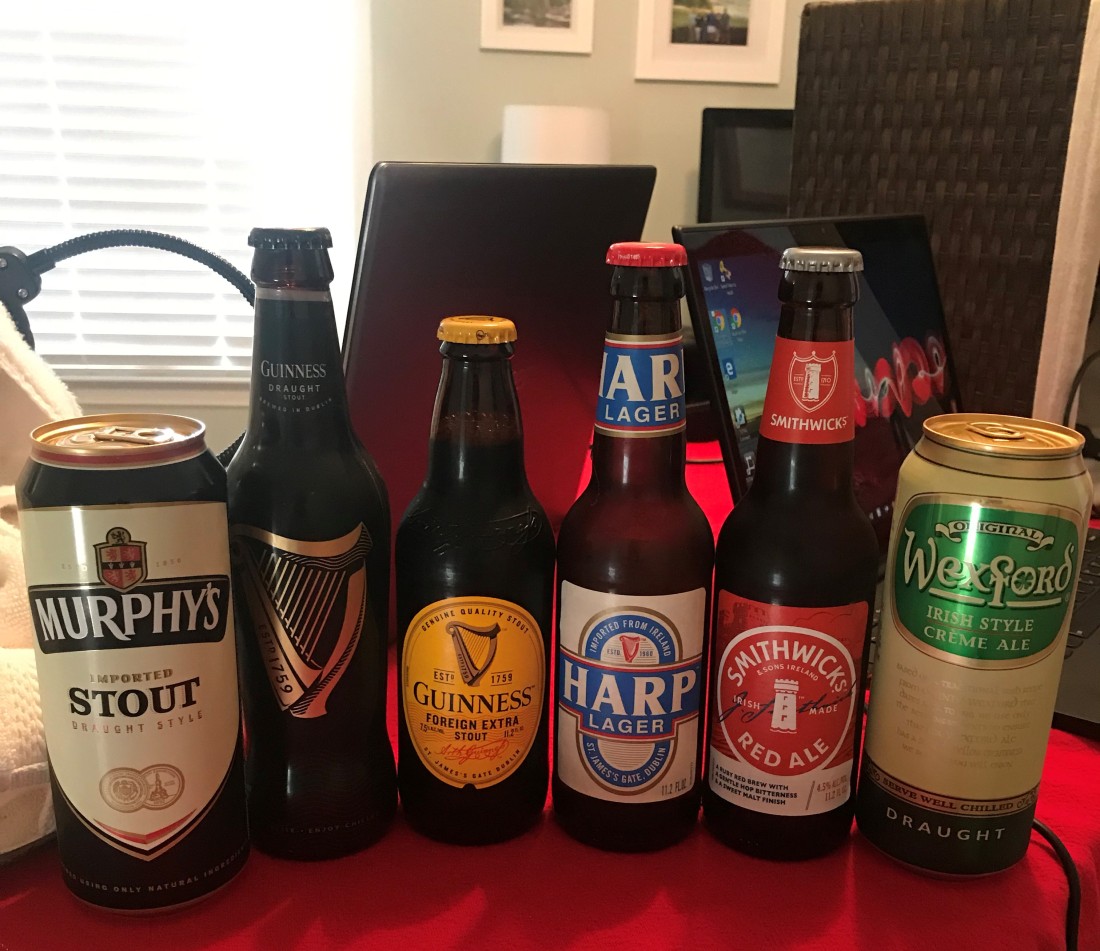 Straw colored and highly effervescent, this beer is a standard European lager. A very easy drinking beer with some wheat flavor and little to no bitterness to speak of.

This red ale truly is ruby red in color. This low-alcohol session ale has great legs and slight caramel and roasty aroma. There is a slight bitterness to it, but it is slight. THis beer could easily be an all day sipper for any function.

This beer poured like cream soda, but eventually fell out to resemble a cream ale in color and opacity. Having a head similar to a nitro-poured beer, the aroma is very odd and we could not place it. Sort of chalky and smooth, this beer should be skipped as there are almost no redeeming qualities here.

The original Irish Dry Stout, this dark and medium bodied beer is our favorite of the Irish stouts. Coffee and toffee tones are on the nose with just the barest amount of cocoa detected. The coffee and roasty notes continue on the pallet, but the beer itself is fairly thin in the mouth compared to an American oatmeal stout, but this is very creamy.

Not as much on the nose as the Murphy’s, creating a more subtle beer. While the flavors are less, this beer is much heavier than the Murphy’s and fills one up much faster. This is a plain beer. A little bitterness, a little coffee, and nothing that stands out.

Lovely nose with dark fruit and fig notes and touch of coffee roast. Flavorwise, this beer is heavy figs, with a bittersweet middle and dry finish. This is much better than the standard Guinness Draught.

All in all, Irish beer has been greatly stunted by the predatory practices of Guinness, and Irish craft beer is nearly impossible to find in the states. We look forward to future small Irish breweries, but this St Patty’s day, if you need an Irish stout we recommend a Murphy’s or Foreign Extra.