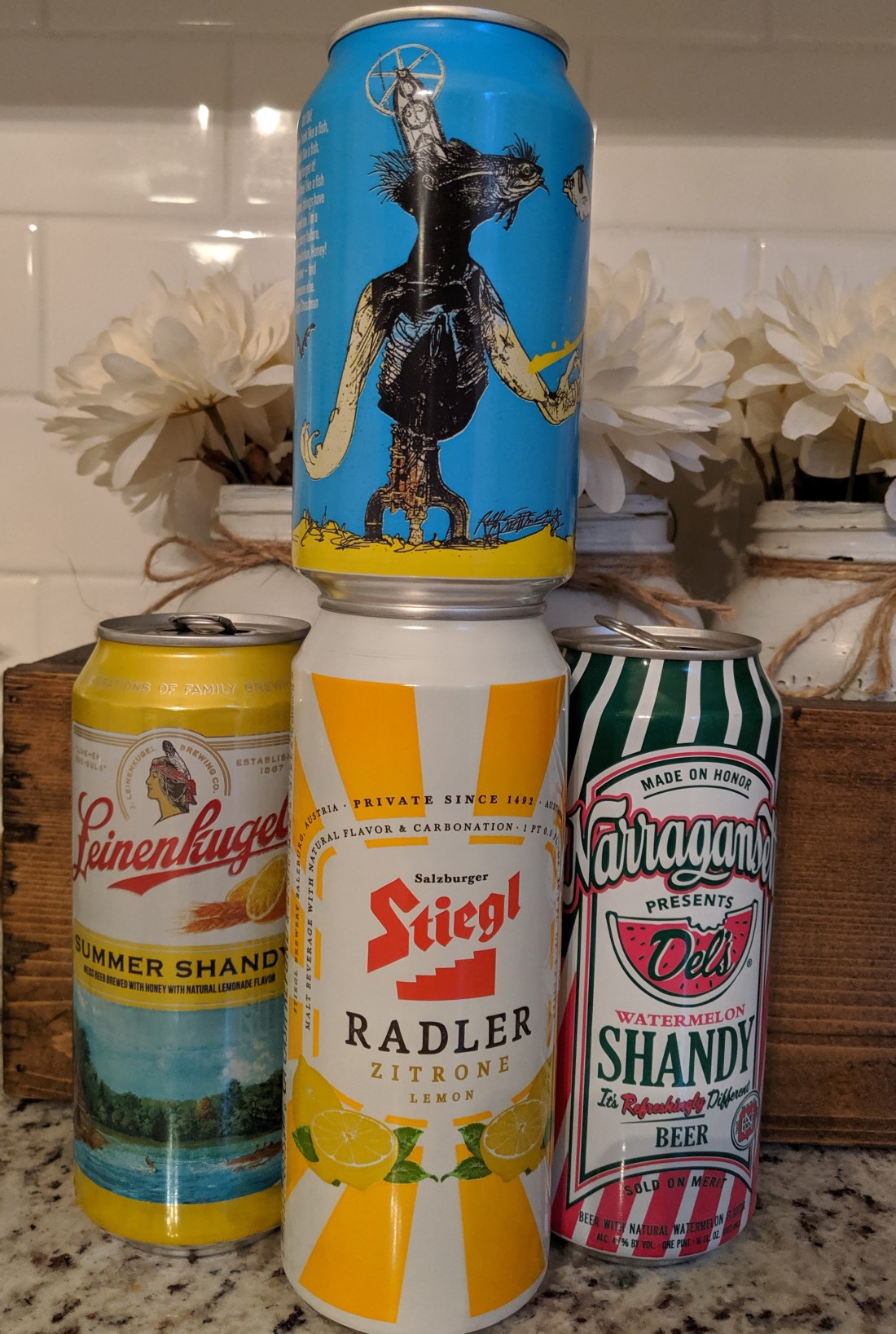 Tasting Notes from our Shandy Episode

Reminding us of college, this beer was not our favorite. Tasted like fake lemon and almost no beer flavor. While we did learn more about the Jambulance than we ever expected, we did not care for this as it is very sweet and light and is best described as bad lemonade.

Smells like lemonade with more natural lemon aroma. While this beer has very little alcohol (2.5% ABV!), it has good flavor for a shandy and is quite refreshing. The lemon is not too strong and while it is sweet it is not overpowering.

A fairly light nose, even though the beer is darker. Not as much grapefruit flavor or aroma as we expected. A touch of bitterness on the backend and definately the least sweet of the 4 shandys we tried.

Biggest nose of the night with watermelon and candy tones in the aroma. This beer is fairly heavy in the mouth and dull on the palate. This cleans like watermelon, with not much lingering after the initial drink.

None of these were particularly good to us, but Kim and Laura liked the Flying Dog Summer Rental the most and Andrew preferred the flavors of the Stiegl Radler, however we were not very impressed in general and would not recommend shandys as a general rule.